In the 80’s, two of my most favourite TV shows were Japanese. Saiyūki or ‘Monkey Magic‘ as it was more commonly known in Australia, was a fantastical series produced by Nippon TV, based on a 16th century Chinese novel ‘Journey to the West‘. It melded eastern mysticism, with absurd storylines and comical martial arts scenes, and I adored it. Later, when my family hauled us over to Europe, I swapped Saiyūki for Nihon Gankutsuō. A Japanese adaptation of Alexander Dumas’s book The Count of Monte Cristo, the series follows the story of samurai Aoi Tsinoske in 17th century Edo. Again, I loved the drama and intrigue of that show, dressing up in makeshift kimono and practicing my imaginary sabre skills as I fought-off Tsinoske’s shogun adversaries. Looking back, neither of these shows were particularly suitable for a 12 year-old, but I cherish them dearly as the origins of my lifelong love of Japanese culture.

Visiting Japan is a joy, and something I’ve done countless times since the days of Monkey Magic. Every trip feels new and exciting, partially enabled by discovery and the richness of the culture. It is distinctive yet subtle, and often difficult to fully unpack or explain. You witness it in abstract concepts like wabi-sabi and shibui, it trickles into our consciousness in zen gardens, we feel it when enjoying Kaiseki cuisine, we learn about it through art and antiquity, and experience it playing video game narratives. It is singular and unique. While far from being perfect, it remains one of the greatest exports brand Japan has given the world.

So how wonderful to see much of this cultural artistry on display during the Tokyo 2020 Olympic opening ceremony. Wooden Olympic rings made from trees planted for each athlete who took part in the 1964 Tokyo games were carried into the stadium by Japanese health workers. We watched the parade of nations, entering to the soundtrack of iconic video games. Drones took to the sky in formation, giving us dazzling imagery. Thousands of paper origami doves floated down from the sky, just before Japan’s golden child Naomi Osaka ascended ‘Mount Fuji’ to light the mechanical chrysanthemum Olympic flame. The sublime jazz pianist Hiromi Uehara serenaded us all with her prodigal talent, following a mesmerising kinetic sequence showcasing pictograms designed by some of Japan’s most talented graphic artists.

Irrespective of your personal view on the Games, you’d be hard done to find anyone who wasn’t touched by the storytelling witnessed on Friday night. It was intentional, heartfelt and at times, poetic.

I heart you Japan. Can’t wait to see you again. 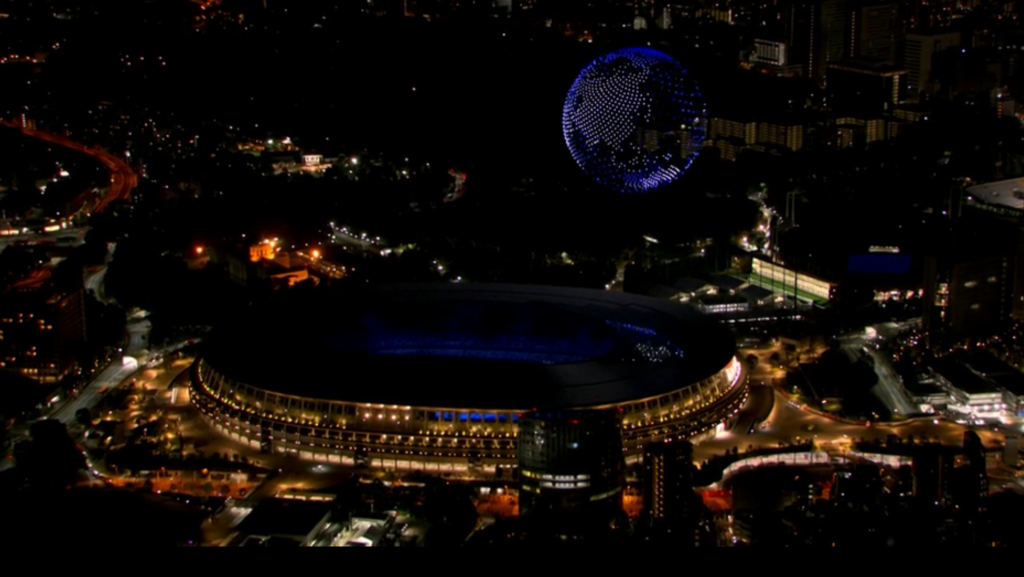 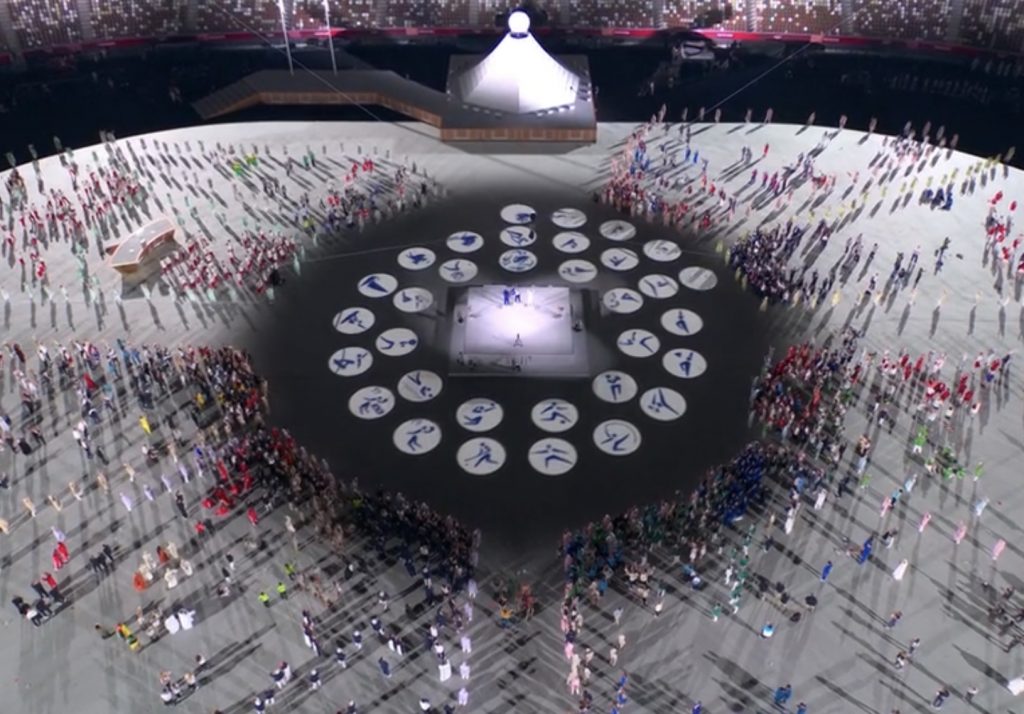 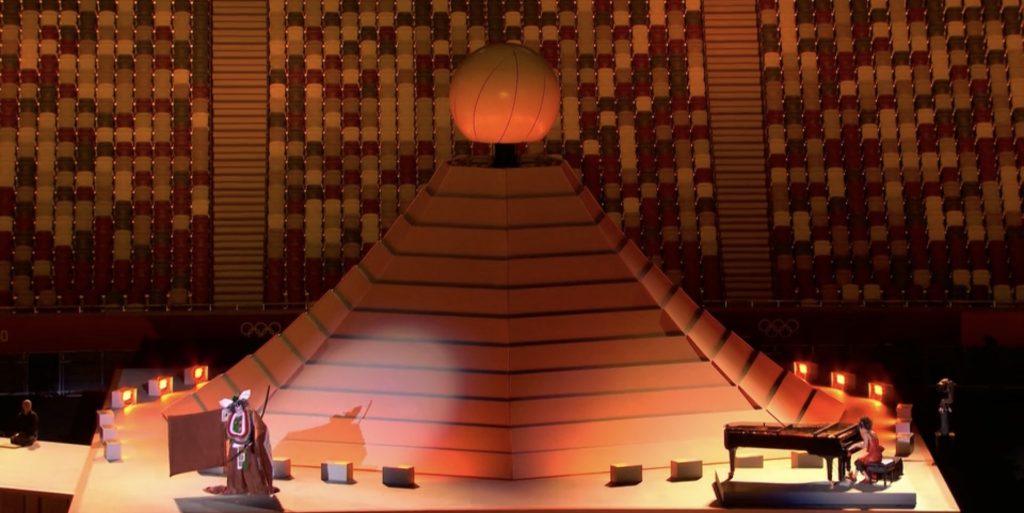 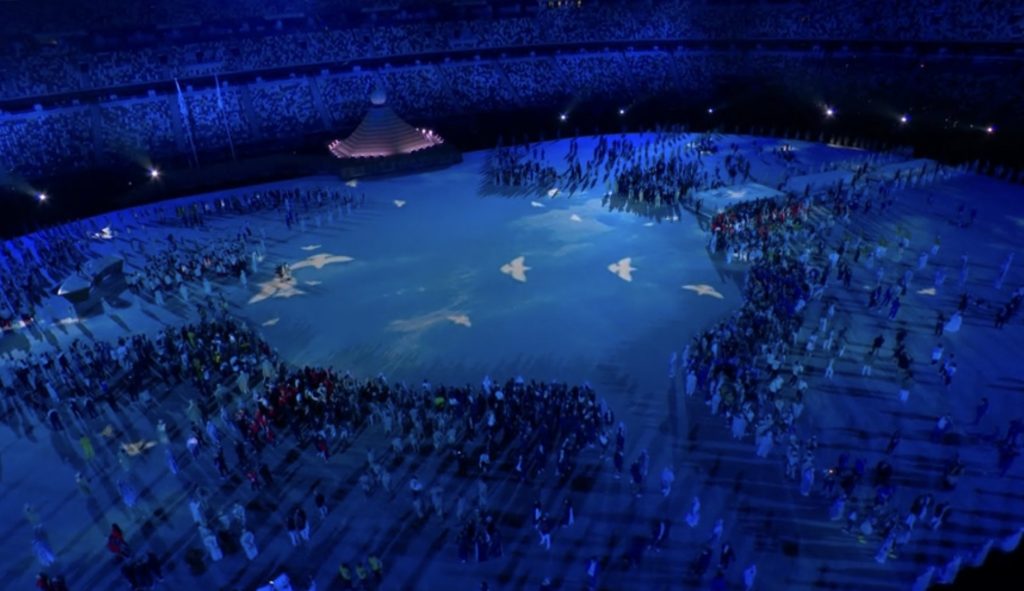 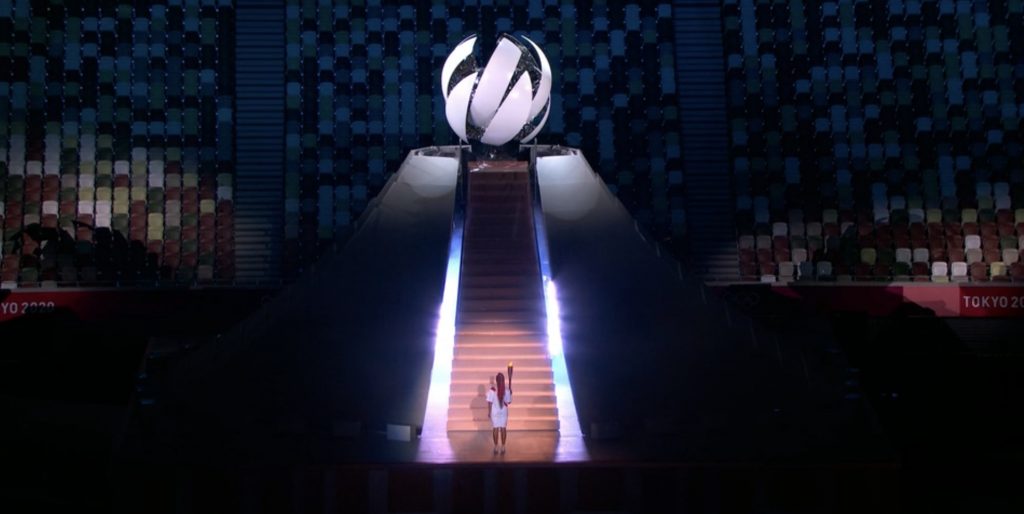